Gorilla trekking offers one of Africa’s most profound wildlife encounters – their populations even in protected reserves are counted in hundreds rather than thousands. So rare are gorillas, that trackers are able to give them individual names and identify their faces and personalities easily.

The gorilla trekking experience in Uganda is offered in Bwindi Impenetrable Forest situated in southern Uganda and is home to approximately half of the world’s population of mountain gorillas, the world's most endangered ape.

The ultimate primate experience, trek through local villages and lush rainforests with the breathtaking reward of finding yourself in the company of a family of gorillas.

Africa’s great apes survive in what remains of their natural habitat, in the last protected stretches of the continent’s central rainforests. Thanks to the income earned from gorilla trekking tourism, populations are slowly on the increase and residents, who once may have been poachers of gorillas and other primates, are now their protectors and earn their livelihoods protecting what they once killed. It is conservation success story and continued tourism is vital to their continued existence. 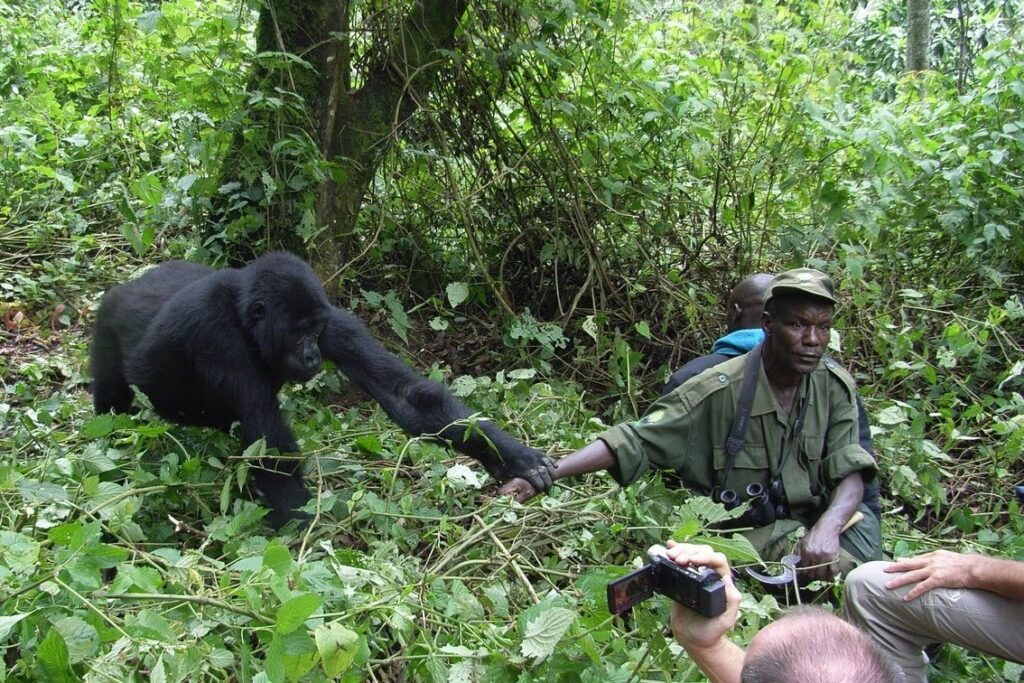